Do you remember Grover teaching us as kids about near and far? Maybe this video will help:

Grover was always one of my favorites. Perhaps it’s because he was so overly dramatic, just like me. I still love the little golden book, “Monster at the end of this book.”

On Sunday at SixEight Church, I shared a little about our cross-country road trip during communion. Jim had just shared a great message, and it fit pretty well with what he said. But, I thought it might help others today, so I wanted to share it in written form.

We spent the last two weeks driving from the Pacific Northwest to the midwest. In all, we drove 5,800 miles. The kids handled the driving really well, and it was a really great trip for our family.

However, and if you’ve ever made a big road trip you know this, there got to be a point near the end where it felt like we were never going to get home. We left on Thursday morning from northern Ohio and made it to Lincoln, Nebraska – where we feared for our lives. Seriously. The next day, the longest of the three days back, we drove from Lincoln to Salt Lake City, Utah – where they were shooting off fireworks as we arrived. I guess they were impressed with the fact that we had made it that far in two days. Then, on Saturday, we left from Salt Lake, got into Idaho. The speed limit had been 80 mph. Then as soon as we arrived into Oregon, the limit dropped to 65. Which is ironic to me. Because, Oregon is one of the most progressive states, and yet they are one of the last to change their speed limit.

It felt like all our progress had been stopped. We were never going to get through Oregon. We had hauled the mail through two-thirds of the country, and came to a stand still so close to home. We were so close, but home felt far away. We missed home and our life on the farm. We were ready to get there and see how much the garden had grown while we were gone.

Heading into the mountains in Eastern Oregon, we also faced a stiff headwind. Going uphill into the wind doesn’t do much to help with gas mileage. What I thought was plenty of fuel to get through the mountains to the other side quickly turned to fear that we were going to run out of gas far from a gas station. And, because our van only has 220,000 miles on it, we thought it would be safe to drive across the country without Triple-A.

Needless to say, we made it to the gas station and bathrooms in time. And we got home less than 4 hours later.

But something stuck me as Jim was talking, and God brought this scripture to mind from Jeremiah 23:

We drove a lot. We were very far from home. There were many times when we were far away from civilization. Nothing was near us except bugs and Semi trucks. Have you ever been somewhere without seeing a truck? And yet, not matter how far away we were from everything we knew, God was there with us. Whether we were in life-risking Lincoln Nebraska, the thunderstorms of Wyoming or the corn of Indiana, we were never far away from God.

Have you ever felt like you were far away from God? Like he was in a distant universe? Do you want to know something? You were wrong. Is God in the far off universe we have never seen? Yes. But, God isn’t only there, he is always here. That means there is no where you can go to get away from God. No matter how far away from home you are, God is still there.

Remember this the next time your driving through the mountains, heading into a strong wind and running out of gas. Even if you are stranded far away from everything you know, God is not only far away – he is near. 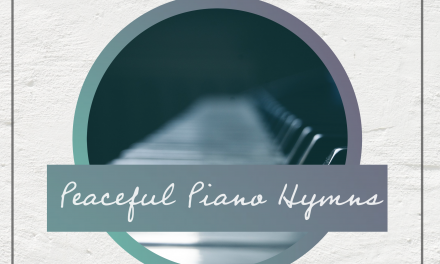