Choir is not Dead – it’s coming back to life!!! 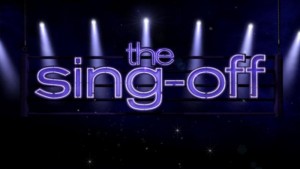 It’s been an argument for decades now. There are many out there among us that think choir is a thing of the past. It was something that was done 50 years ago, and should have died by now.

The people who have held on to choir have been viewed as people who just refuse to adapt to the times, clinging tightly to a tradition that has been in a constant state of decline for a while now.

Well, I happen to be one of those who have thought that choir has always been relevant. I’m the old-fashioned guy in most worship circles. At least in the sense of choir. I’ve been a champion for choir in every church I’ve been in, and I will continue to be. There’s a reason….

It seems to me that, we as a church have once again tossed the baby out with the bathwater. In our quest to be on the cutting edge of everything (which no longer seems to be possible, it seems as though most churches who try to be right on the cutting edge can only do so within the church community when in fact they are behind compared to the world’s standards – which is usually the justification for staying on the cutting edge, to keep up with the world…get my drift?) we’ve tossed the things that have great meaning and value because for some reason we thought they were no longer relevant.

Many Christian colleges and Universities have reduced their focus on choir and other community aspects of music because they perceive them to be irrelevant.

For those of you who like to try to keep paces with the world around us, there has never been a time when choir has been more culturally relevant (at least in the last 100 years or so – before that there was a time when the church was driving culture in terms of music & art). With shows like Glee, the Sing off, the choir and others out there, choir is 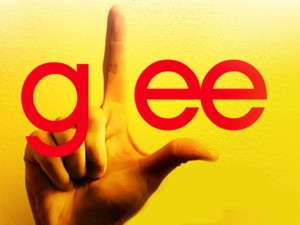 “making a comeback.” (For those of you who have never let choir go, this is a great opportunity to gain some momentum with your choir.)

Sure, the way these groups are doing music might not sound and seem exactly the same, and we may have to adapt some of our ways of doing things to fit in stylistically, but how is that any different than what the church has been doing for the last 30-50 years (and throughout it’s entire history)?

To many people, choir is more work than it’s worth. They don’t feel like they have the training or experience they need to be able to lead the choir effectively, therefore it takes more time than they feel it should and they don’t feel like they’re reaping rewards equivalent to the time they are putting in. Let me just encourage you to stop thinking that way if that’s you.

Do you remember when you first started building your worship band for the new style of worship? I do. I remember times of frustration, feeling like I didn’t know what I was doing, and had no idea how to get to where we were supposed to go. But we all go there didn’t we? The same is true for us now with choir. As many of us look to start up choirs in our churches, we will feel the same thing. We will experience the same frustration. We will have to jump over the same hurdles. But, if we pursue choir with the same tenacity, fervor and dedication we will get over those hurdles and get to a point with our choirs where we feel the rewards outweigh the risks and work.

If you have questions about how to do choir, how to conduct or anything else, contact me. I’d be happy to help you out. I believe in choir. I believe in community and I believe in the power of a group of people doing music together and the effect that can have on people who hear it.

Take advantage of this opportunity. Use the culture we are currently surrounded with to propel your choir to a new level.

For a little inspiration, check out the choir I was once in.

Alive in Us – New Worship Song

Who is this David guy?