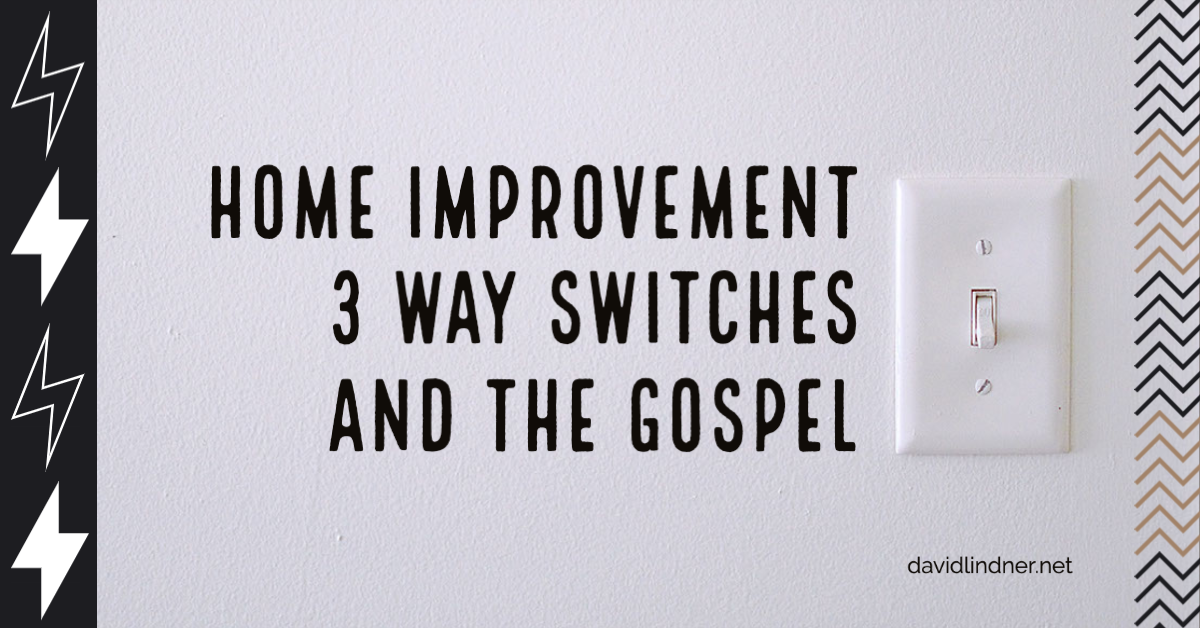 For Christmas, we decided to give our oldest Daughter a room renovation. It started with paint and new flooring. But then, if you’re going to empty the room, you might as well do as much as you can at once right? I mean, one of our family values is “right way, all the way”, so I should do that too, right?

I kicked her out of her room the second week of January, and I’m still working on it. So, no “remodeler of the year” awards for me. I’m approaching the finish line, but still not there. Part of the reason it’s taking longer than expected is I wanted to redo all the stuff behind the walls like Insulation and wiring.

Setting aside the surprises left there for me by my grandpa (like cut wires dangling in the wall still connected to the circuit), the wiring was old and didn’t have a ground wire, so it needed replaced. A lot of the wiring ran over her bedroom, so there was a fair amount to do.

One of those lines in her ceiling was the line that went to the boys bedroom and the hallway lights that had a three way switch.

Well, once I got through grandpa’s 6 wires he had running into this one light fixture, I ran all new wire to the lights and down to the brand new switches. I researches different ways to wire a 3-way switch and found one that would work best for my situation. I enlisted the help of my oldest son to pull the new wire through the attic crawl spaces and all that fun stuff.

Once we got everything the way it should be, new wires, new switches, the black wire on the gold terminal, the white wire on the silver terminal and the bare wire on the green, etc. I had Henry go flip the breaker back on. Except it never came on. It popped right away.

“What in the name of Sam Hill.” I don’t know who Sam is, but something was wrong.

I found a setting on the switches that kept the lights and breaker on, taped over one switch and let it be while I went back to the internet to try to figure out what was going on.

After letting it sit for a week, and having done some research, and assuming I had done something wrong somewhere along the way, I decided the best thing to do was pull all new wire, including additional wire to be able to wire the switch in the most standard 3-way switch wiring I could find.

So, Henry and I pull out all the wire we had previously run. We run new wire. It takes several hours to do all this. I get everything hooked back up, we go flip the breaker and the lights are on.

Good Start. I flip one switch on and off. No problems. But, when I go to the other switch. The confounded breaker trips again. Are you kidding me!?

Back to the interwebs.

I found one forum where someone else had a similar problem. Some were saying that maybe there was a bare wire in the box touching the ground. But then someone said, swap out the switches. Even if they are new, they could be faulty.

So, the next day I go out to the shop to find an old 3-way switch grandpa had salvaged from somewhere along the way, put it in and “wa la”, everything works. It was a bad switch.

“Are you kidding me! Are you freaking kidding me!” It took every ounce of restraint I had not to take the switch, put it inside a pan of lava, which I would then run over with my truck and then blow up the truck. But, since my truck isn’t running and I don’t know where you can buy molten lava on the internet, I then used all my restraint not to take the switch to the customer service counter at the big orange box store that sold me the faulty switch and yell at the teenager behind the counter “This stupid 3 way switch cost me three days of my life. What are you doing to do about it?!” To which I imagine they would reply, “What’s a three way switch? I don’t think we sell those here.” So, that would do no good.

The third option? Save the switch and use it as a sermon illustration.

The switch has an internal fundamental flaw that caused the catastrophic failure. From the outside the switch looks perfectly fine, but inside one of the hot terminals is connected to the ground, causing the breaker to trip when it’s switched to that terminal. As it should. That’s what breakers are designed to do.

Even though everything looked right, and even though I had done everything right, the fundamental flaw kept the switch from functioning properly.

As human beings, we are made in the image of God. There is a divine dignity to being human. Every human being on the planet regardless of any external variants we see should be treated with the divine dignity that comes with being intentionally made to resemble the creator of the universe.

At the same time, because of our rebellion, every single human being on the planet at this moment and throughout human history (except one) has an internal fatal flaw. On the outside, everything looks right, but when someone flips the switch, something trips on the inside of each of us.

The fatal flaw is that we want to be our own gods who have the ability to determine our own truth.

That might not sit well with you. But, all you need to do is look around you to see the evidence. In a world where everyone tries to determine their own truth, it doesn’t take long for those truths to collide.

The standard for wiring is that black goes to gold, white goes to silver and bare wire or green wire goes to ground or the green terminal. Yes, there are times to make exceptions, but the vast majority of the time, that’s the standard.

But, let’s say you decide that you want to wire your house with white to gold, black to ground and bare to silver. Yeah, you might be able to make it work, (assuming you make those changes all the way to the panel, you’ll still probably burn your house down, but hey, it’s your house), but then imagine I come over with my camper (which I don’t have, a guy can dream), and try to connect my camper which is wired the standard way to your house that’s not wired to standards. Well, we’re going to be tripping breakers, burning up appliances and burning down each others houses.

(By the way, this is where there is such a thing as the “International Building Code.” Used by nations around the world, the IBC is “an essential tool to preserve public health and safety that provides safeguards from hazards associated with the built environment”.) Sorry to all you “Scrooged” fans.

Right now, our society is trying to argue that this faulty internal wiring in each human isn’t faulty. It’s just different. And no one is allowed to tell me how to “wire my house.” And sure, as long as your house isn’t connected to my house, and you’re just burning down your own house, I guess that’s up to you.

But, society doesn’t work that way. We’re all connected in various ways. Our lives all affect other lives. The only world in which we can all determine our own realities is one that will trip breakers, start fires and blow up. Precisely what is happening before our eyes.

Until we understand our internal fundamental flaw, we’re going to keep progressing town the funnel of chaos. But, if we can see that there is a way of life for which we were designed in the first place and allow the master electrician to come in and rewire us from the inside out, there is eternal hope for us all. 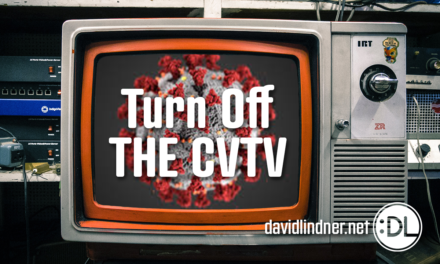 The Two Main Reasons We Get Disappointed With God