However, in our pursuit of these new things, could it be that we’ve gotten rid of some really great things? (I’m not comparing Facebook to a worship service, although it might not be a bad comparison considering the amount of time a lot of us spend on there….he said from on the laptop from his couch on his blog…) Sure contemporary worship is a good thing, and I like it. But the shelf-life of our worship music today is shorter than ever before. And for future generations, it will be even shorter. In fact, it wouldn’t be hard to imagine a time in the future, where we go to a worship service and all the songs are new – or we learned all the songs on YouTube before we sang them in church (which is already happening now).

But what about the stuff that the church had been doing up until a few years ago. When things really started changing for the church back in the 60’s and 70’s, it wasn’t just the rerouting of a generation’s preferences, a course was changed that had been set for centuries.

Before I go too far in this, and you start thinking that I’m just another one of those guys who things we all need to turn back time and go back to when things were good, let me reassure you that I’m not. I have no desire to go back to a time when tradition was the important thing, and doing what had always been done was more important than actually connecting with the Creator of Heaven and Earth.

That said, I have been looking back lately. As we go through the week-to-week of preparing worship services, and working up music and what not, I’ve been wondering. As I plan a lot of the same kind of stuff each week, maybe not the same, but for all intents and purposes the same, I’ve been thinking.

Isn’t his faithfulness through the generations before us something we can worship Him for. Can’t we worship him because he was the same God for our great-great-great-greats? I think so.

Doesn’t His creativity we see in the world around us give us a clue to the way He would want us to worship Him?

Wouldn’t the one who has always been and will forever be want us to take into account as much as we can in our worship of Him? Wouldn’t He want us to include as much of His story as possible? After all, the whole History of The Church is about Him, it’s about His Story. Sure there are a lot of great people thrown in there, Paul, The councils, Luther, Calvin, Wesley, Graham, etc. But they were only living out a part of the grand story of the Kingdom of God.

A tremendous legacy was left for us. Yes it was perverted and diluted. But it was still great. And I hope that we will delve deeper into the caverns of the story and pull out as much as we can. I hope that we will look for creative ways to bring this historic elements into our worship services.

It won’t be easy. We can’t just do it because it’s Liturgy (or can we?), we need to make sure it’s understood and meaningful & what not. But it’s good work. It’s work that needs to be done.

It won’t happen on it’s own. There isn’t anyone pushing this agenda much. We have to do it, and we have to do it on purpose. But I believe it will be rewarding to do. So, let’s get in there and do it. Let’s get to work looking through the caverns of history to find the gems that we are missing in our services today. 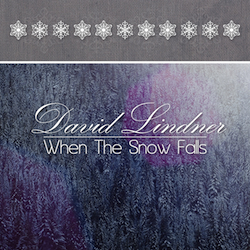